ZoomCare announced today the addition of Michael Katcher and Bart McMullan, M.D., two former presidents of leading Oregon healthcare companies, to its advisory team. Both executives bring to ZoomCare a deep understanding of American healthcare that will help ZoomCare expand its services and geographic reach.

"We're delighted to have these highly respected and proven leaders join the ZoomCare team," said Dave Sanders, M.D., Co-CEO and co-founder of ZoomCare. "Mike Katcher and Dr. McMullan understand every facet of healthcare and have built and managed complex organizations. As ZoomCare expands its neighborhood clinics and offers additional services to patients and employers, these experienced leaders will work with our founders and management team to help us deliver on our vision."

Mr. Katcher holds a Ph.D. from the University of California, Berkeley in experimental and biological psychology and is a graduate of the Stanford Executive Program. 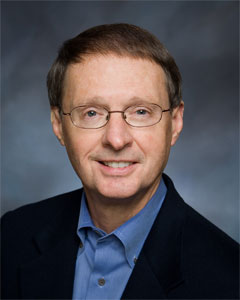 Dr. McMullan served as president of Regence BlueCross BlueShield of Oregon for five years and led the execution of The Regence Group's strategy for Oregon. Prior to his appointment as president, Dr. McMullan served as Regence BlueCross BlueShield of Oregon's senior vice president for Health Services and chief medical officer. He had overall responsibility for the company's health-care delivery system, including all medical policy, medical management, provider services, provider contracting, quality management and pharmacy services. He also served as the company's corporate representative to the provider community. Before joining Regence in 1997, Dr. McMullan was president and chief executive officer of PacifiCare of Oregon. He joined PacifiCare in 1985 as a part-time medical director and eventually became that company's key executive.

ZoomCare is a privately-held company started in 2006 by David Sanders M.D. and Albert DiPiero M.D. in Portland, Oregon. ZoomCare currently operates 12 same-day, no-wait, neighborhood clinics in the Portland metro area and one in Seattle, Washington.

Get all your care. On-demand.

Schedule a Visit
Chat our Doctors